Viareggio, information and advice on this pretty town on the Tuscan coast 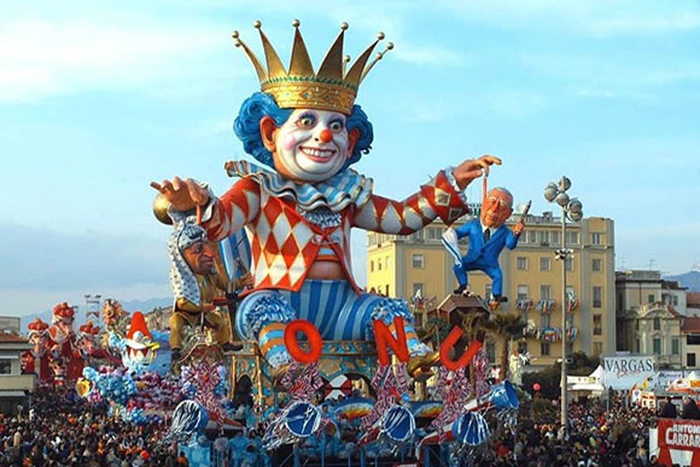 Viareggio is a stylish seaside town situated on the Tuscan coast. The best way to explore Viareggio is on foot or by bike as the town is very small. Its size and convenient setting make it a great base for exploring the Tuscan Coast.

- Relax in the peace and quiet of the Tuscan countryside, enjoying the breathtaking views from your pool, maybe even sipping on a glass of local wine. Then, when you have the urge to explore, hop in the car and you can be in Viareggio and other local towns in a matter of minutes. We have a wide range of villas near Viareggio.

Here is a map of Viareggio and surrounding area.

Viareggio is the perfect location for a relaxing holiday, with its miles and miles of long sandy beaches along the coast, many of which have been awarded the coveted "Blue Flag" for the cleanliness of the water and sand. The Viareggio area is perfect for families, it's safe for swimming and the ice cream is great!. The town has lots of sporting facilities including sailing, windsurfing, kite surfing, fishing and sub aqua. For those who'd rather take it easy, there are boat trips out to the Tuscan islands and the local food and wine are superb. The area is close to Pisa Airport and the walled city of Lucca and only an hour or so from Florence.

Viareggio is also world famous for its carnival, which takes place each year in February. Each weekend giant “papier-mache” floats parade along the town promenade. The specially designed hanger, called “the citadel” , where the floats are made during the year is well worth a visit. It has a very interesting museum showing how the floats are created. This video gives a taste of what carnival time in Viareggio is like.

Viareggio is a small seaside town built along the Versilian coastline. Its seafront promenade is ideal for walking or cycling (or even rollerblading!). Viareggio is well connected to the rest of Tuscany and Italy. It can be reached by car from the A11 (Firenze-Mare) motorway, via the A11/"Bretella" Lucca-Viareggio link road or A12 (Genoa-Rosignano) motorway.

There is a train station located near the city centre, with 60 daily trains running along the Genoa-Rome line, and the Florence line, as well as international trains.

The nearest airport is Pisa International airport, which is only 20 km south of Viareggio. Florence airport is 95 km to the east.

- The Beaches, Viareggio has miles of sandy beaches. Enjoy the relaxing atmosphere along the Viareggio coast.

- Festival Puccini (held in Torre del Lago Puccini). Music and opera performances to celebrate the composer Giacomo Puccini. It takes place every summer in July and August, in an open-air theatre on the shore of lake Massaciuccoli.

- Jazz and more, music festival held since 2002 in the Carnival “Citadel”.

-Festival of theatre and song - held every year since 2004 at the Carnival “citadel”.

- Carnival – The main event of the year, held every February along the seafront promenade. One of the world’s great carnival events. Not to be missed.

-Romano - via Mazzini 120 I - 55049 Viareggio
A beacon of Versilian fare, the traditional family management has not prevented the establishment from transforming itself into a modern and elegant form. The freshest fish and some meat dishes.

-Enoteca Henri - via Antonio Fratti 316 I - 55049 Viareggio
Small, romantic establishment where the customer feels like a king, even if - with its name - the true protagonist is the intricate wine list with the best labels. The menu offers fish and meat prepared in a contemporary, inventive style.


-L'Imbuto - via Fratti 308 I - 55049 Viareggio
Created inside a former joinery shop, the boldness of the setting is matched by the dishes, daring and creative. A shock to traditional Versilian cuisine!


-Da Giorgio - via Zanardelli 71 I - 55049 Viareggio
Dedications from illustrious guests and paintings on the wall in a nice family style atmosphere; fresh fish on display with a beautiful choice of crustaceans.


-Pino - via Matteotti 18 I - 55049 Viareggio
The owner of this recently - and elegantly - renovated establishment hails from Sardinia. As for the cuisine, fish, especially shellfish, play a leading role.


-La Terrazza - piazza d'Azeglio 1 I - 55049 Viareggio
Large windows through which you can gaze at the panorama in the refined roof-garden restaurant.


-Cabreo - via Firenze 14 I - 55049 Viareggio
Classic setting in the two bright dining rooms of this family-run restaurant, that offers its dishes in accordance with the availability of the daily catch. 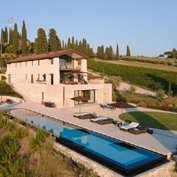