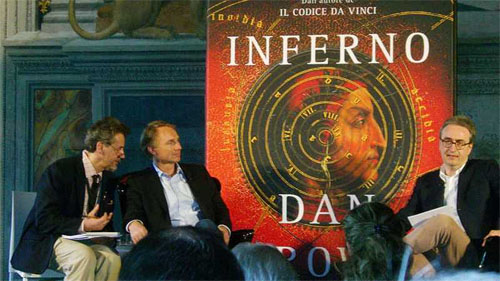 "Inferno" is the astonishing  thriller from Dan Brown, the bestselling author of The Da Vinci Code and The Lost Symbol.

Harvard symbologist Robert Langdon awakes in a hospital bed with no recollection of where he is or how he got there. Nor can he explain the origin of the macabre object that is found hidden in his belongings.

A threat to his life will propel him and a young doctor, Sienna Brooks, into a breakneck chase across the city of Florence. Only Langdon's knowledge of the hidden passageways and ancient secrets that lie behind its historic facade can save them from the clutches of their unknown pursuers.

With only a few lines from Dante's The Inferno to guide them, they must decipher a sequence of codes buried deep within some of the Renaissance's most celebrated artworks to find the answers to a puzzle which may, or may not, help them save the world from a terrifying threat.

Reviews of the book
"Fast, clever, well-informed.Dan Brown is the master of the intellectual cliff-hanger"
(Wall Street Journal) 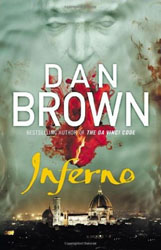 Watch the "INFERNO" trailer below to get a glimpse of the Florentine locations seen in the action packed film.

Our Dan Brown "Inferno" Tour follows in the footsteps of Robert Langdon on his breakneck chase across the city of Florence. Your expert, English speaking guide will take you to the locations featured in the book, pointing out the hidden passageways and ancient secrets, used by Langdon to decipher a sequence of codes buried deep within some of the Renaissance's most celebrated artworks. You'll also have time for a light lunch and a coffee at the end of the tour to further discuss the book/film with your guide. A fun day out for any Dan Brown fans who have read the book  or seen the film - "Inferno".

9.15 Meet your guide in front of Pitti Palace
- Enter Boboli Gardens and stroll through the Buontalenti grotto, the obelisk, the Cerchiata and Braccio di Bartolo's fountain
- Cross Ponte Vecchio with its jeweler’s shops
- Discover the secrets of Palazzo Vecchio, including Dante’s death mask and the ‘cerca trova’ in the Battle of Marciano

13.15 – 14.15 Light lunch
- Visit the Baptistry of San Giovanni with its famous doors and stunning ceiling
- View the Badia Fiorentina where Inferno starts
- Visit the Casa di Dante with its rich collection of various editions of The Divine Comedy
- Visit the Church of Dante and leave a letter next to the memorial plaque of Beatrice

16.30 Join your guide for a drink or a coffee and discuss the book 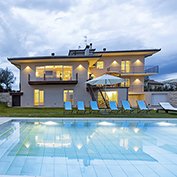 Why Book With Us?
How to Choose a Villa in Tuscany
What to Expect from your Tuscan Villa
Free Concierge Service

© rent-a-villa-in-tuscany.com  All Rights Reserved - Registered in Ireland - Certificate of Incorporation no. 526161